Over £35m raised for good causes through easyfundraising 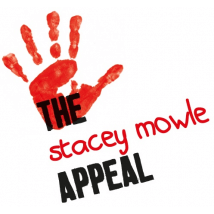 Stacey entered our life on 23rd November 2005, we were very proud parents and our Son Jake who is football mad was so excited to have a little baby sister. We had a wonderful first 4 years as a family, with Stacey reaching all of her milestones and developing into a little girl, Stacey developed a love for all things pink and girly, and she loved Disney princess, her absolute favourite was Rapunzel. When Stacey was 4 she began to feel unwell, she wasnâ€™t herself and we knew that something wasnâ€™t right, so we visited our GP. From there we went to our local hospital where tests revealed that Stacey had a mass in her tummy. The following day we were transferred to ST Georges Hospital where we waited for what felt like an eternity, with all kinds of awful possibilities running through our minds, however when a doctor approached us with a very serious look on his face we were not prepared for what we heard, our gorgeous vibrant little girl had Cancer, the worst kind of cancer she could have, Neuroblastoma, stage four, the final stage. We were devastated beyond belief, and our whole world fell apart. The days and weeks that followed were a complete blur. Stacey began Chemotherapy immediately, and while we hoped for the best we prepared ourselves for the fact that we could lose our little girl at any moment. We began to research what Neuroblastoma actually meant, and we very quickly realised that although the treatment Stacey was undergoing was the best treatment available to us at the time, the reality of what may lie ahead was frightening. Neuroblastoma has around an 80% relapse rate and currently there is no relapse protocol availible in the UK. On December 12th 2011 we received the most amazing news , After all this time Stacey had reached remission.......... Sadly Neuroblastoma is a cruel disease and we were aware of the high chances of a relapse so we started Raise for Stacey to fundraise hoping that we could raise enough money to help with living costs etc that should we need to approach a Charity for help with Treatment costs we had some personal monies to help us. Unfortunatly that possibility became a reality, as on December 20th 2012 just as Christmas was upon us we were given the devastating news that Staceyâ€™s cancer had returned, even more aggressively than before. We researched online and discovered the charity Families Against Neuroblastoma, and realised we needed to urgently start fundraising for Stacey. FAN helps families like ours raise the huge sums needed, but rely heavily on the generosity and support of the general public, especially our local community. We are now desperately trying to raise Â£500,000 the huge sums needed to afford Stacey the option of further treatment abroad, we donâ€™t have much time but with your help we can do it. We hid our tears to give Stacey the best Christmas we possibly could, and watched her little face light up with all the magic that Christmas brings to a 7 year old. Please help us give Stacey the chance to see another Christmas. Thank you Warren , Samantha & Jake â€“ Staceyâ€™s Mummy , Daddy & Brother Jake

It's simple to use and it's free. Since we launched in 2005, we've helped thousands of good causes raise money simply by shopping online. Our community of over 2.1 million loyal supporters has so far raised over £35 million.

Choose a cause to support then join for free

Visit retailers and then shop online as normal

Your cause receives free donations

Some of the great retailers in our network

How does it work?

We have 4700+ retailers to choose from and so far we've raised over £35 million for thousands of community groups, schools, sports clubs, small and large charities across the UK. Easy!

easyfundraising has been great for us and so easy to use. Imagine being given free money just for online shopping! Since joining we have raised over £2,200.

Trustpilot
Find the cause you want to help